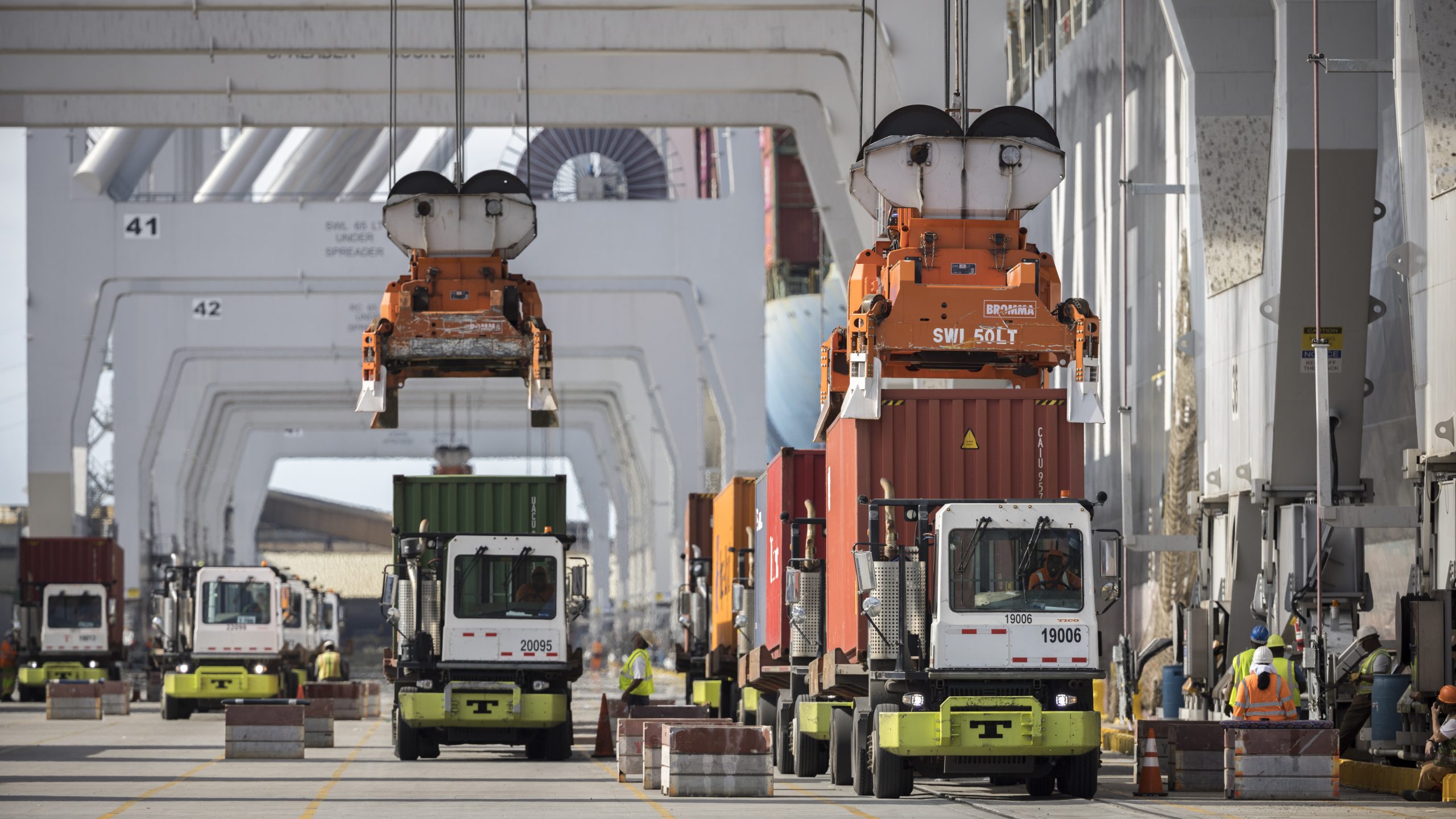 SAVANNAH, Ga., September 13, 2022 – In its busiest month ever, the Georgia Ports Authority handled 575,513 twenty-foot equivalent container units in August, an increase of 18.5 percent or 89,918 TEUs over the same month last year.

“The Port of Savannah’s geographic and capacity advantages remain a driving force behind current and new customers deciding to move cargo through Georgia,” said GPA Executive Director Griff Lynch. “Our central location, and service through the largest container terminal in the Western Hemisphere offers speed to market and unmatched room to grow.”

Counting the July volume of 530,800 TEUs, the Port of Savannah’s August performance made for the fastest period in which the port has cleared the 1 million-TEU mark in a fiscal year.

“Our expanding container trade drives economic development, delivering jobs and opportunities locally and across the state,” Lynch said. He noted the recent opening of the final stretch of Jimmy Deloach Parkway, linking Garden City Terminal with interstates 95 and 16 – as well as greater reliance on rail – allow for growth while easing the traffic burden in neighboring communities. read more…